When Strikes will serve the general purpose 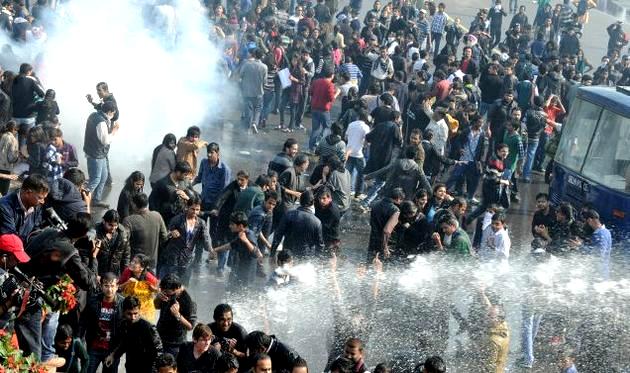 It’s a common exercise to go into protests and strikes if you are unhappy with any government action.  These are a powerful weapon is the hands of general public to shake and wake the government to do its duties. The eggshell has never been thinner for the government to walk on than ever. Many of the protests in recent past have come to fruition but many have led to disasters. The most worrying trend is the strikes going violent too often.  Last week I woke up in the morning to know that trade unions here in India have called an all India strike to protest against the policies of UPA government. I have nothing to do with these strikes but what makes me upset is that the violence and damage to public and private properties.

I had to reach college at time. I mostly take bus to reach college and fortunately city buses were available that day, so there wasn’t a sign of trouble for me. Next day when I took the newspaper, it read
“On the first day of the strike on Wednesday, mobs pelted stones at private offices, burned down a factory and vehicles, including a fire engine. Police claimed some of the protesters arrested were disgruntled workers. But a majority of them were youngsters, between the age of 18 and 25, who looted LCDs, computers, laptops, expensive office furniture and rolls of cloth from a hosiery unit”.

This made me very upset. Everybody in this country seems to moan about inactive government; streets are dirty, potholes in the roads, about poor infrastructure but what are we doing? Further damaging already poor infrastructure, worsening the problem.  If this is going to be the way of protesting then do we really think they are going to serve the purpose?

Protest over a  gang rape in Delhi turned violent. Almost all the major protests turn violent and they fail to serve the purpose. Instead of coming to a solution, they complicate the problems.   Protesters jam the traffic which disrupts public life.  I read in newspaper that a patient died in the ambulance because he didn’t reach hospital on time. If your protest is taking life of innocent civilians, policemen, disrupting public movement, damaging public and private property then it’s better to don’t go on strike.

If we want a better nation we should stop harming it anyway, even if we are not satisfied or unhappy with something we should peacefully and legally protest it. If you are marching towards Raisina hill( residence of Indian President), posing a threat for the security of president who is considered as the most important person by constitution and expect to be welcomed by the security there, then you are at fault. There are other harmless means which we can adopt to show our unhappiness. It takes a lot of time to change a nation towards better, we cannot change it overnight, just wait for the right time like elections when they come to us to ask for our vote, that is the right time to strike.’ Strike the iron when it is hot’. The protest of Anna Hazare was the ideal one without any single instance of violence. If violence is taken care of properly, I truly believe that protests will serve their purposes. If all these go well, it will have positive impact on society leading to a better tomorrow for everyone.
Posted by Unknown at 10:51 AM