Bring back the lost instinct of kindness 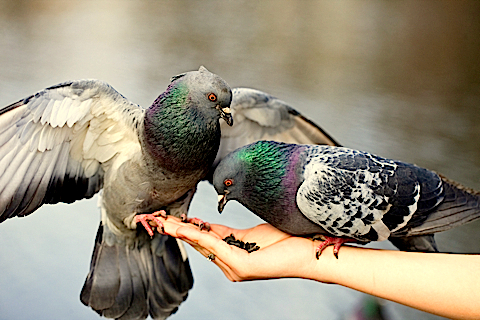 In the journey of life we come across many situations, some of which make us very blissful and lively and some of them are distressing and sometimes both. One such incident happened to me while going back to my hometown from . During the festival season many people who are working or studying in and have their family in other part of this country go to their own places. The bus station was full of public and vehicles. I waited for two hours long to board the bus, which was plied on that route. Having entered the bus I was very elated to get the window seat. Last year when I took a bus during a major festival I didn’t get seat, I had to travel standing all the way along and this made me more content this time. Sufferings are good sometimes they make us feel the happiness in little things we get, those things we take for granted otherwise.

When the bus reached station, a Muslim family boarded the bus. There was no empty seat so they kept standing on the floor of the bus. They were four members, the old couple and their daughter in law with a child. The old lady was sick therefore unable to stand so she sat on the floor of the bus. Whenever the bus stopped in the stations which came after every half an hour the passengers who were getting on and down made her stand.  One thought of offering her my seat came to my mind but I had to travel a long distance and a seat once gone is gone. I thought maybe someone near her would offer her the seat. Suddenly unable to bear the pain she started crying out loud. I looked at her and then at other passengers near her, no one seemed to care except one girl whose was subconsciously imitating her facial expression. I was sure that she might offer that poor lady her seat but was quite surprised to see that after some minutes she acted like nothing is happening. Her daughter in law was constantly consoling her.

When she again started crying I couldn’t take it more. I offered her my seat, she was so ill that she struggled to come to my seat which was just two meters from there. Inspired by my actions my fellow passenger also offered his seat to her daughter in law. Her daughter in law threw a glad look at me. I cannot describe the inner peace I felt at that time. I came to know that sthe old lady was mentally disturbed too. I looked at other passengers in the bus they looked like some heartless statues without empathy, like a animal. I knew that I might not get a seat on that journey but fortunately I found one. Next to me was a man who started talking to me who was moaning about the spoiled world, I wanted to tell him the reason, the very same reason, which happened there but I didn’t.

I share because I care. If that random act of kindness can inspire one person in that bus, I believe this article in my blog can inspire million others. This will help me create my dream world , a world where there will be a lot better tomorrow for everyone
Posted by Unknown at 9:14 AM